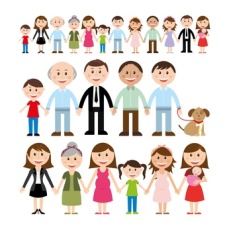 The Earned Income Tax Credit (EITC) is one of the most valuable tax breaks available to low- and middle-income American taxpayers. It has the potential to lower a person’s tax bill beyond $0, so they could get a refund from the IRS.

Taxpayers need to make sure they learn about and understand the EITC so they can find out whether they qualify and how to claim it.

The first piece of criteria in determining eligibility is figuring out your earned income. You must have an earned income that’s either equal to or below $54,884 for this tax filing season to qualify. See the earned income credit table amounts here.

You also must file a Federal tax return. This applies regardless of whether you need to pay any taxes or not. So, if you want to claim and don’t normally file a tax return, you’ll need to.

Make sure you constantly review eligibility each tax season because the requirements do change regularly.

Know the Rules of the EITC

You can only claim the EITC if you’re a single taxpayer or married but filing jointly. The taxpayer claiming and anyone mentioned as a dependent or qualifying child must have a separate social security number, which must be stated.

It goes without saying that you must have some form of earned income. You don’t need to have any qualifying children or other dependents to claim the EITC.

If you do have a qualifying child, they must have lived with you for at least six months of the year. Any qualifying children must meet the relevant criteria to count. And each qualifying child can only be claimed on a single Federal tax return per year.

You should also keep in mind that the rules are different for any US military personnel who are serving in a combat zone.

How Can I Claim the EITC Credit?

There are free services available to people who want to claim the Earned Income Credit. The TurboTax Free File feature is one such option for people filing their own taxes.There are also name brand options that allow many lower income families to file their taxes and claim the EITC for free.

You may also want to look into IRS volunteer programs across the country as they offer free tax help.

When Can You Expect Your Refund?

The law states that anyone claiming the EITC can’t receive their refund before the middle of February. This applies to the entire refund, not just the EITC portion.

The IRS has stated that the earliest tax refunds will be provided on February 27th, 2019. However, this only applies to taxpayers with direct deposit payment methods.